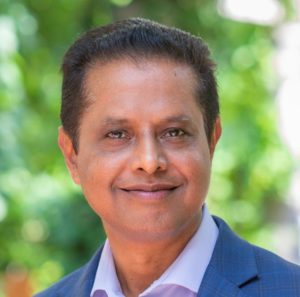 Praveen is a Founder and Managing Director of WAVE Equity Partners, a Boston based private equity firm that accelerates market validated companies solving some of the world’s greatest challenges in essential markets for clean energy, food, waste, water, and clean air. Originally a Nuclear Physicist, he prospected for offshore oil and gas deposits; managed retail operations for India’s largest mutual fund; and led armed battalions as a Deputy Commandant in India.  He also served at the United Nations Operation in Mozambique during the country’s democratic transition in 1994. Before founding WAVE, he was an investment professional for 12 years at venture funds VIMAC and Updata Venture Partners.  He currently serves as Director on the Boards of companies including Factorial Energy, Intellihot, WindESCo, and Carbon Clean. Mr. Sahay has an MBA from the University of Chicago, a degree in Geophysics from IIT, Roorkee, an MS in Nuclear Physics, and BS in Physics Honors from St. Stephen’s College in New Delhi. He is a Kauffman Fellow and was awarded a UN Peace Medal for his services in Mozambique.